This week’s edition of What’s Cooking Wednesday comes from Kathleen Crosman, an archivist at the National Archives at Seattle.

Those who manned fire lookout towers were essentially camping out for weeks at a time. They had to pack their rations, which were mostly canned or nonperishable food, and prepare what meals they could. 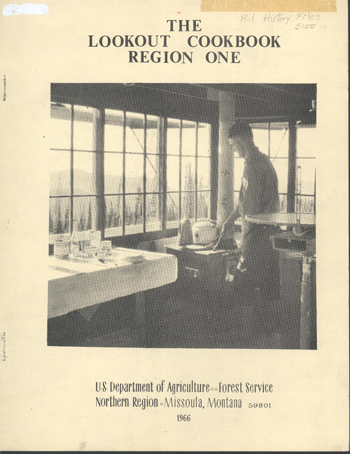 Today’s high-tech, freeze-dried camping supplies are a vast improvement over even what was available in the 1960s, as any dedicated camper can tell you. At the National Archives at Seattle, we have a Historical Collection created by the Region 1 Office of the Forest Service in Missoula, Montana. In it are lookout cookbooks from 1938, 1942, 1943, and 1966. David Ferriero, the Archivist of the United States, visited us on August 31, and we presented him with a facsimile copy of the 1966 cookbook.

In addition to recipes, the cookbook offers nutritional guidance, such as lists of foods rich in particular vitamins and minerals, and daily serving suggestions. The cookbooks include everything from sandwiches and main meals to desserts and candy. If you grew up in the 1960s you might recognize some of the recipes below! (Jell-o salad anyone?) 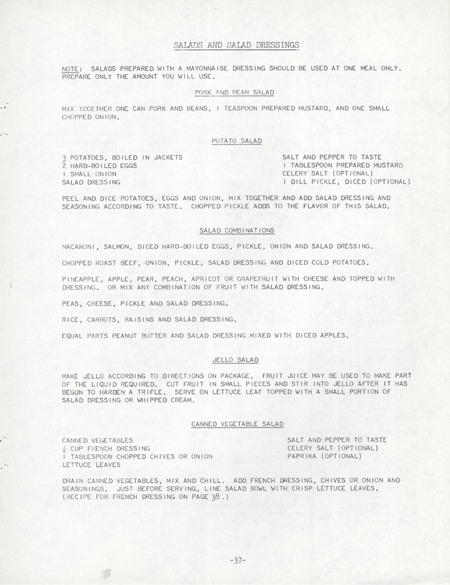 Of course, there is always the really odd item in any cookbook. Check out the peanut butter and mayonnaise sandwich listed under Novelty Sandwiches! 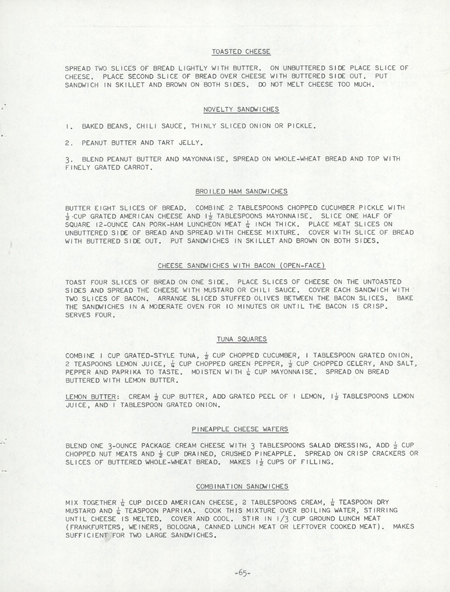