This post was written by Laura Brandt and originally appeared on the Facebook page of the Foundation for the National Archives.

Flexing your literary muscles this month but facing writers’ block? Don’t forget that the National Archives has a wealth of information to enhance your tale, whether you are writing a historical novel or are looking for inspiration for interesting characters or plot twists.

How about a tale of war, heroic birds, and desperate soldiers? During World War I, the U.S. Seventy-seventh Infantry Division attacked the Germans near Charlevaux, France. Only one unit penetrated enemy lines: Maj. Charles W. Whittlesay’s First Battalion of the 308th Infantry Regiment. The battalion was quickly surrounded by Germans—and then came under friendly fire from its own artillery. Whittlesay used his last carrier pigeon to send this three-sentence plea.

Are you struggling with character development? How about thinking about what your characters would keep in their wallets? Find out what Eleanor Roosevelt kept in hers…and don’t forget to explore the holdings of the Presidential Libraries for more unusual inspiration.

Real-life stories can provide inspiration, like the life of Henry Ossian Flipper.

Born into slavery in Thomasville, Georgia, on March 21, 1856, Flipper was appointed to the U.S. Military Academy at West Point, New York, in 1873. Over the next four years he overcame harassment, isolation, and insults to become West Point’s first African American graduate and the first African American commissioned officer in the regular U.S. Army.

Later court-martialed and dishonorably discharged, Flipper fought to clear his name, and a bill was introduced in Congress on his behalf. To bolster his case, he sent Congressman John A. T. Hull, chairman of the House Committee on Military Affairs, this letter displayed below along with a brief supporting the bill’s passage. Flipper’s letter to Hull is an eloquent statement asking Congress for “that justice which every American citizen has the right to ask.” Flipper died in 1940 without vindication, but he was posthumously granted an honorable discharge and Presidential pardon.

What would it be like to grow up at the turn of the last century? Is your character a future First Lady? Lou Henry Hoover was a schoolgirl when she wrote this–she had no idea of the adventures ahead of her. But the shape of her personality is there already! Letters from a character’s childhood are a great opportunity to think about character development or how to use flashbacks.

Where is the conflict? In this poster it’s Philly vs. NYC. So it’s time to “Rally People in the Majesty of your Strength” and write this story! Would your character oppose the railroad? Support it? Do you need an action sequence with a runaway train and man in a top hat?

Are you mixing reality with the unusual? If your story is of the sci-fi variety, how about this record? You can’t go wrong with space invaders in our nation’s capital! It’s part of Operation Blue Box, um–we mean, Blue Book!

Maybe you are working on a crime novel? We’ve got some unusual prisoners in Federal prison for unusual crimes! This hardened criminal, Charles Wille, was sent to Leavenworth Federal Penitentiary in 1915 for breaking the oleomargarine laws–he was sentenced for “Crimes Against Butter.” There are more portraits of these inmates in our records. Their stories could inspire crime novels or Westerns! Maybe even a foodie-goes-to-jail plot?

Do you need a new setting? Because speaking of Westerns, we have lots of documents and photographs of towns, like this one of Hazen, which is described in the caption as “Saloons and disreputable places of Hazen.” Definitely a great setting for a gunfight! Or even a love story… 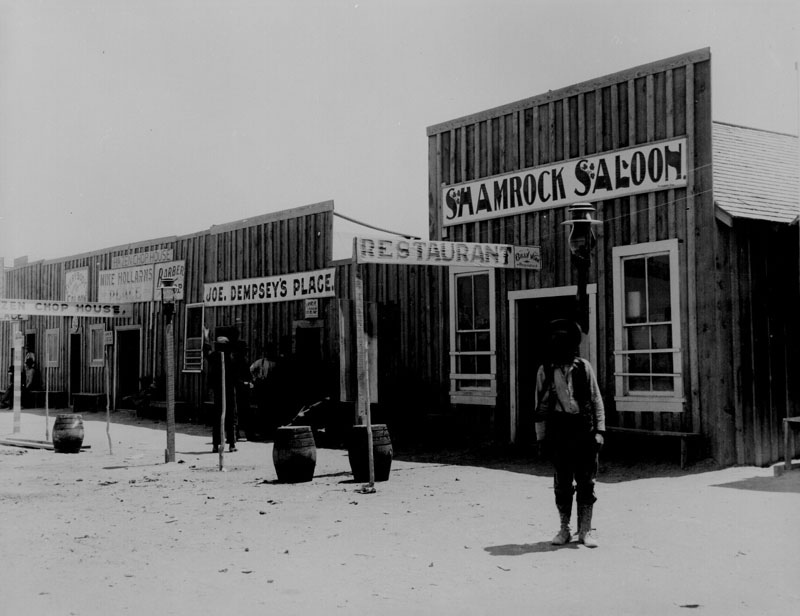 Or maybe you are writing a novel of diplomatic intrigue? How about throwing a yeti into the mix? What if the expedition had found and killed a yeti? What kind of diplomatic incident would have resulted?

Remember–it’s free to use the National Archives! We have facilities across the country that you can do primary research in. And if you can’t make it in person, you can search our Online Public Access (a sort of Google for the Archives) or our many social media options for inspiration.