Once upon a time, space was quiet. This was before satellites had cluttered the orbit of the earth, beaming TV shows and text messages and GPS coordinates.

And then, on December 19, the sound of the a human voice was transmitted through space. It was the voice of President Eisenhower, broadcasting a message of peace to the world below.

This is the President of the United States speaking. Through the marvels of scientific advance, my voice is coming to you from a satellite circling in outer space. My message is a simple one. Through this unique means, I convey to you and all mankind America’s wish for peace on earth and good will to men everywhere.

Fewer than 100 people knew about the project, called SCORE (Signal Communications by Orbiting Relay Equipment). The goal was to put an Atlas missile into orbit and to show that communications satellites could transmit messages to Earth. It was a huge technological breakthrough and a milestone in the space race.

Sputnik 1 had been successfully launched in 1957 and had an onboard radio-transmitter. The satellite in the SCORE project used a tape recorder to store and forward voice messages—it was the first satellite to relay messages, making Eisenhower’s the first human voice to be heard in space.

The Christmas message was a last-minute change of plans. The Atlas launcher had already been sealed with prerecorded messages when the director of the project persuaded President Eisenhower to include a message of peace. The new message had to be changed through radio transmission, which meant that there was a chance the message might be overheard, and the President did not want to be “scooped” by the media. But the change was successful, and the message remained secret until the official broadcast.

Click here to listen to this brief, but historic, speech from space. 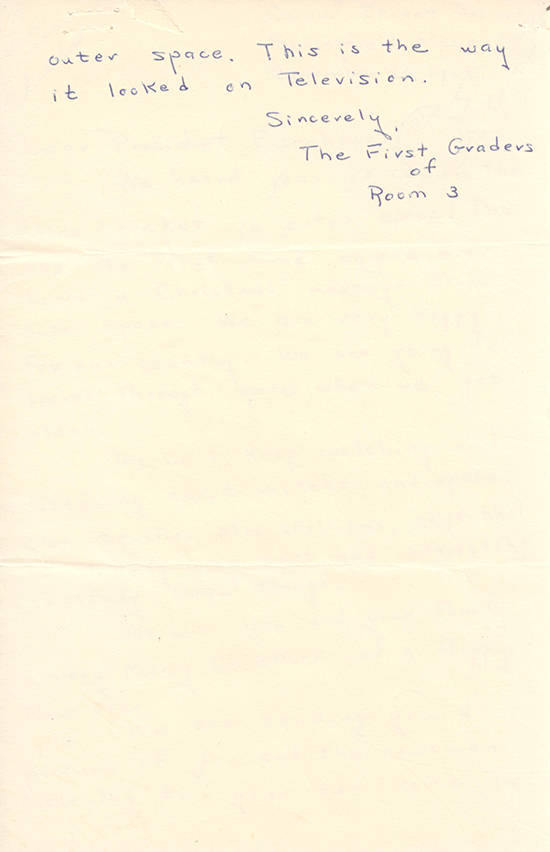