Today’s post comes from Keith Donohue, communications director for the National Historical Publications and Records Commission at the National Archives. This post originally appeared on the White House blog.

What was the original intent behind the Constitution and other documents that helped shape the nation? What did the Founders of our country have to say? Those questions persist in the political debates and discussions to this day, and fortunately, we have a tremendous archive left behind by those statesmen who built the government over 200 years ago.

For the past 50 years, teams of editors have been copying documents from historical collections scattered around the world that serve as a record of the Founding Era. They have transcribed hundreds of thousands of documents—letters, diaries, ledgers, and the first drafts of history—and have researched and provided annotation and context to deepen our understanding of these documents.

These papers have been assembled in 242 documentary editions covering the works of Benjamin Franklin, George Washington, John Adams, Thomas Jefferson, Alexander Hamilton, and James Madison, as well as hundreds of people who corresponded with them. Now for the first time ever, these documents—along with thousands of others that will appear in additional print volumes—will be available to the public.

The Founders Online is a new website at the National Archives that will allow people to search this archive of the Founding Era, and read just what the Founders wrote and discussed during the first draft of the American democracy. This revolutionary new site was created through a partnership between the University of Virginia Press and the National Historical Publications and Records Commission (the grantmaking arm of the National Archives). 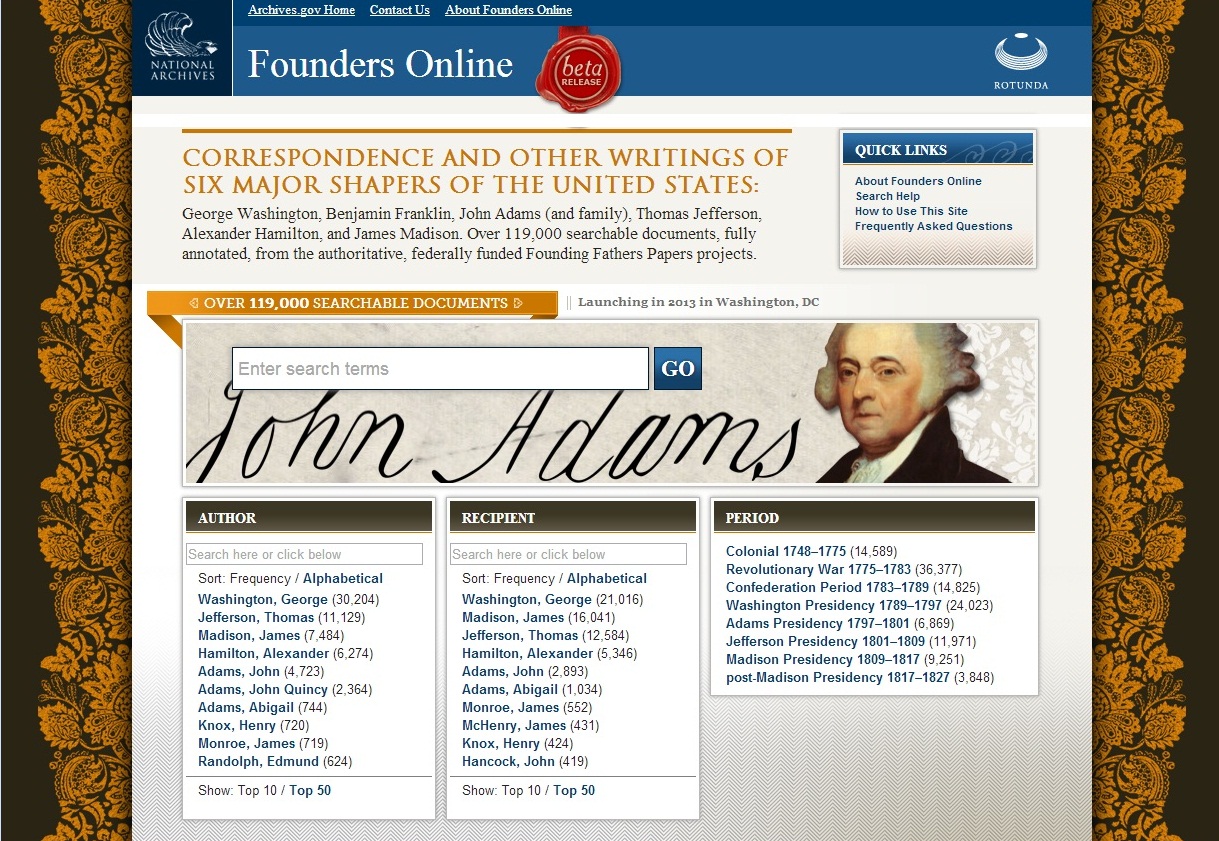 Students and researchers, citizens and scholars can turn to Founders Online to track and debate the meaning of documents such as the Constitution and the Bill of Rights. They can examine transcriptions of the originals and read the wit and wisdom of the Founders’ own debates.

The great minds who fiercely debated the founding of our country rarely agreed on public policy for the new nation, though they were unanimous in support of the principles and underlying idea of the United States. Here are a few possibilities for using Founders Online:

The Founders Online continues that experiment in democracy by making freely available in one place the original words of the original statesmen. Although it holds only a small portion of the primary source material, the National Archives is an ideal home for this collection. 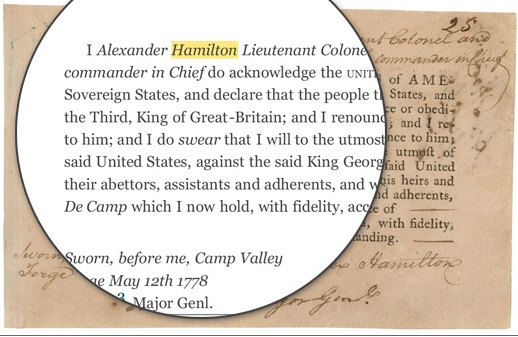 Now today’s best minds will have the chance to contrast and compare the Founders’ words and ideas through the Internet—a communications medium that none of the Founders could foresee—though all would acknowledge it as a democratizing force. The words of the Founders belong online, where people across the country and around the world can freely read and wonder at their wisdom.